When I first posted this article in March 2012 it was due to me finding a local newspaper item about sexual activities going on at my favourite skinny dipping spot in a local river which was stated incorrectly as being Naturist’s, I brought it to the attention of the ANF as well as FBA who to this date have never contacted me about it, so I took it upon myself to mount an awareness campaign to hopefully motivate Naturist’s/Nudists to self police the beaches instead of turning a blind eye to what’s going on.

I relaunched this article on August 14th 2012 on various Facebook groups and immediately drew criticism from a couple of proponents of clubs and organised nudism, their argument’s centred around being a member of a club as it is the only way to practice safe nudism and to forget about saving nude beaches because they are a lost cause… this is exactly the sort of attitude this article is targeting

Some in the lifestyle think that by reporting undesirable activities on the beach will result in negative publicity for the beach, but in fact it is the opposite.

When people see sexual acts performed on nude beaches they think all Naturists/Nudist’s are sexual fiends!

We need to stand up against the few bad apples in society who think it is ok to be having sex in public and on our beaches.

True dedicated Swingers are not wanting to draw negative attention to their lifestyle, they just want to have meaningful hookups without the intervention of the authorities etc .

Below is the article:

There is a prearranged code that ‘doggers’ use when in vehicles, such as if the interior light is on or the brake lights are flashed.

I won’t go into the full sordid details here……. 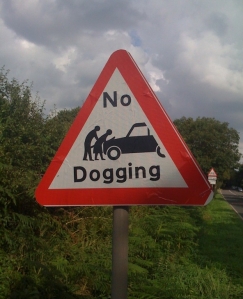 This sends the message to the general public that people who are naked on nude beaches are seeking sex. A newspaper in Western Sydney published an article about nudity and sexual activity at my local swimming hole and they mentioned the ANF (Australian naturist Federation) and quoted from their website:

“The Australian Naturist Federation described going nude, or ‘naturism’, as “a lifestyle in harmony with nature, expressed through social nudity, and characterized by self-respect of people with different opinions and of the environment”

The article then went on to name a couple of swinger’s websites that are promoting the swimming hole as a good place to get nude and have sex. I felt that the newspaper had crossed the line in reporting that naturism and public sex went hand in hand, so I wrote a letter to the editor of the newspaper which they have now published in print and online:

“As a lifelong naturist I take great offence that you have mentioned naturists, and in particular the ANF (Australian Naturist federation), in the article and implied that it was naturists who are engaging in the illegal sexual activities going on at the river.
If the report was on Muslims or any other minorities then the article would never get published as it would be considered discrimination, but as always the media sees nude so they say sex, then they Google nude and find naturism so they then think naturism is all about sex!
The two websites quoted are in no way connected to the ANF or naturism for that matter! Yes, we do have some perverts lurking in our ranks who claim to be naturists/nudists but they are only the minority, in the same way not all Catholic priests are child molesters!”

I also found that the swinger’s themselves frown on the public sex activities of the doggers, In fact the moderators on one site I looked at attempt to discourage the use of nude beaches for public sex activities, with other users even lamenting the fact that when they attempt to relax nude on a beach they get surrounded by sexual fiends stimulating themselves, as well as attracting “meerkat’s” who pop up on the dunes hoping to spy some sexual activity… 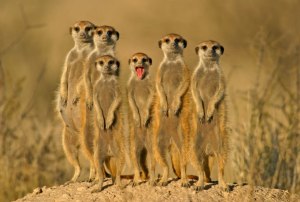 The crux of the matter is this issue has been brushed under the carpet by some in the Nudism lifestyle saying “It’s between consenting adults, so who cares”. Worse still, many get sick of the sexual activity in the dunes and simply stop going to nude beaches altogether, preferring to practice nudity behind closed gates in naturist clubs/retreats.

If we don’t reclaim our legal nude beaches we will lose them! Time and time again we hear of legal or traditional nude beaches being reported in the media due to some unsavoury activity going on, then the public outcry for the beach to be shutdown.

Everyone in the lifestyle must take an active role in sending the message out that nude does not equal sex in public. We must self-police our nude beaches and if we see undesirables we should contact local police and point them out to other people on the beach.

Advice I have received concerning these offenders engaging in these public sex acts is that it is very hard for police to get a conviction. This is largely due to the fact that the reporting person is usually unwilling to go to court for fear that someone will find out that they are a nudist. This stems from the stigma in society about nudism, and propagated by the secrecy of some in the lifestyle.

Of course I realize that not everyone can or wants to “come out” , but this only perpetrates the myth that we are some “secret society” with something to hide. We should stand up for what we believe in.

So what can you do? Well whenever you encounter some undesirable activity don’t just ignore it, speak up! Practice your lawful right to report these people who think sex in public places is acceptable, it is legal to be nude on a legal nude beach or other designated area, but nowhere in the world is it legal to perform a sex act in public view!

5 thoughts on “The scourge of the Naturist Lifestyle”